When my son was shot and paralyzed, I learned about how broken Dad’s home care system was. 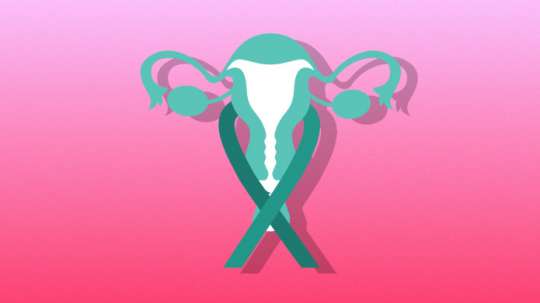 A mother’s love is a force to be reckoned with. And 11 years ago, that depth of love was taken even further.

On the evening of May 22, 2010, my son Brandon was shot in the neck. And after two surgeries, the doctors confirmed that my nice boy was paralyzed from the chest down. Brandon had just completed his second year at Wilmington University on a full basketball scholarship. All of a sudden our entire lives were turned upside down. And my family’s experience exposed me to the fragility of the home care system in Pennsylvania – a system we now have a chance to improve.

There is no world where I am not my son’s keeper. After the accident, Brandon asked me if I could take care of him in our house. So I retired from my 20-year good union work at Verizon, where I had excellent health insurance, paid time off, and a pension plan, to become my son’s caregiver. After Brandon’s accident, he spent four weeks in hospital and another six months in a rehabilitation center, learning to regain muscle memory in order to be as independent as possible. He returned home in December 2010 and for 13 months I went unpaid as a caregiver. Although Brandon had 13 hours a day of home care through Medicaid at the beginning of this December, I did not start receiving a paycheck until the end of January 2012. I appealed after appeal. during those months, but I still got the runaround for why I hadn’t been paid yet.

READ MORE: I am an 80 year old essential worker. Why is it so difficult for me to get the vaccine? | Notice

Without my savings and retirement funds, I would not have been able to support my family as a single mother of two boys, and my 20 year old son would have been placed in a nursing home run by the State. My options were so pitiful that they left me feeling helpless and isolated.

The home care system in Pennsylvania and the United States relies on an invisible workforce, made up of disproportionate women of color, and we don’t care too often about ourselves. The average essential domestic or home care worker earns $ 12 an hour, which puts us among the lowest paid workers in our economy. We are a profession of over 2.2 million underpaid, under-trained and overworked people.

We cannot be expected to continue caring for others without being able to take care of ourselves. Now is the time to stand up together and demand what is right: higher and better wages, better benefits and an opportunity to organize or join a union and bargain collectively. We will do this together. My brothers and sisters across the country are organizing with the SEIU and other unions to create quality home care jobs – and to advocate for the kind of federal support we can get through the US plan to the employment of President Joe Biden.

President Biden proposes an investment of 400 billion dollars in the nation’s healthcare infrastructure, to support the direct care workforce and ensure quality care for older people and people with disabilities who need it.

This funding will finally help us to be recognized and paid as a crucial part of the workforce which, while keeping our communities functioning, is in desperate need of attention and change. This is part of the $ 2 Trillion Global Jobs Plan, backed by Senator Bob Casey and my union, SEIU HCPA, which gives us hope for the future.

If home care workers are honored as promised and caregivers can receive a higher salary, insurance and even a pension plan, it would mean that our families could finally thrive as an integral part of our community. A respectable salary would mean taking better care of my sons, but it would also mean that I could take better care of myself, so that I could live as long as possible to continue taking care of Brandon. There are over two million homeworkers across the country. We are not alone and we are no longer invisible.

Lisa Savage is a single mother of two boys, Brandon and Justin, and a member of the SEIU HCPA living in Philadelphia.